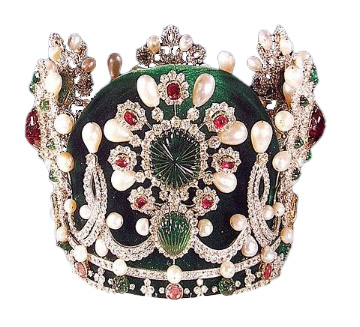 Ernie Seifert ( née Horst Ernst Seifert Jr;  May 1938 – March 2020) was a German trained artist goldsmith from Ontario,  Canada.  Born in Germany, Ernie learned the goldsmith trade in his father’s workshop, located in south central Germany.  He received his gemological training in Idar-Oberstein, a small town 80 miles west of Frankfurt and a global centre for gemstone cutting.

During his young adult years, Ernie travelled throughout Europe, entering goldsmith competitions and engaging in the local arts and culture.  His artistry was heavily influenced by the Spanish abstract modern artists who came a generation before,  such as Dhali, Picasso and others.   He especially enjoyed winning competitions,  then leveraging the publicity to build his reputation and gain employment with the world’s leading ateliers.  During his years in Canada,  Ernie enjoyed sharing his youthful adventures abroad with his colleagues.  He spoke of a time when he travelled to Spain specifically to enter a jewellery contest.  Upon arriving, he discovered that the two pieces of jewellery he brought with him intended for the competition had been created in a classic motif, whereas a modern style was called for to compete successfully.  Distressed by the circumstances, he took in a burlesque show (as any young man of his generation might), and after spending the night with a “flamingo dancer”  he awoke with an idea.  Taking the two pieces of jewellery he had brought with him to a colleague’s workbench,  Ernie sawed them in half and redid the two pieces into one classic modern piece.  His artistry and ingenuity won him the competition.

In December 1966, Van Cleef and Arpels won a competition to create the Empress crown for the Shah of Iran’s coronation ceremony,  which was scheduled to occur in October 1967,  ten months from the date of commission.  In March, a second commission was added to include jewellery for the Shah’s eldest daughter and two sisters.  To meet the vigorous demands of this project and deliver the type of artisanship expected from Van Cleef and Arpels,  the French atelier launched a goldsmith competition.  They would award 4-5 goldsmiths employment to work exclusively on this historic, royal commission. The winners would also be profiled in magazines and journals as the best goldsmiths in the world.  The competition attracted master goldsmiths from across Europe including,  Spain,  France,  Italy,  Germany,  and so on.  This competition would be Ernie’s big break.  He entered and won.  Ernie was profiled in a magazine and awarded a job at Van Cleef and Arpels where he worked on the royal commission.  He recalled the many trips Pierre Arpels embarked upon to Iran to measure the royal gemstones. The gems could not be moved from Iran to their workshop in France thus,  the gemstones had to be recreated in glass to create the settings.  Each setting had to be perfectly made to fit each gemstone, without time to spare for adjustments.  Upon completion, the crown and other commissioned pieces would be taken to Iran where the royal gemstones would be set.   The complexity and historical significance of this commission elevated Ernie’s global status as a master goldsmith.  Upon delivery of the royal commission,  Ernie travelled to New York City in pursuit of another respected atelier, Harry Winston.

In early 1968, Ernie arrived in New York City.  He went directly to Harry Winston and entered the shop by way of the side entrance that was traditionally reserved for the trade, located on the southwest corner of E 55th Street.  Clutching the magazine that profiled the winning goldsmiths who worked on the royal commission for Van Cleef and Arpels,  he opened it to the feature and slid it under the glass toward the security guard.  He then politely asked the guard to show the article to Harry Winston.  The security guard obliged and took the article to Winston,  who then hired Ernie on the spot to work in his shop.  Winston treated Ernie with the respect he gave all his goldsmiths,  offering Ernie a generous compensation package that included an apartment.  At Harry Winston,  Ernie often created much of the custom work for Harry Winston’s top clients.  He recalled one memorable meeting that had a great impact on him.  One day, Winston asked Ernie to join him in a private showroom while he was with a customer.  When Ernie arrived he was asked to take notes while Winston spoke to his client, Robert Kennedy.

This indicolite tourmaline pendant by Ernie Seifert was inspired by a burlesque dancer that Ernie remembered from his time in Spain. The gem sculpture is Forma Livre and inspired by the work of 20th Century Brazilian artists, Roberto and Haroldo Burle Marx Click here to view this pendant in the boutique.

In 1967, Ernie was hired by Van Cleef and Arpels to work on the coronation crown for Empress Farah Pahlavi

Kennedy was visiting Harry Winston to request a custom bracelet for his wife, Ethel.  When Winston probed him for creative direction,  Ernie recalls Robert Kennedy asking for a bracelet with “lots of diamonds”.  Ernie went back to his workshop and quickly created some water colour drawings of the bracelet before Winston was done with Kennedy,  so that Kennedy could be shown the drawings and Winston could conclude the order and close the sale.  When Ernie returned, he showed the drawings to Kennedy, who “barely took a glance at all these drawings”.  Instead, Kennedy replied,  “Ah! I don’t care what it looks like. I just want diamonds! Lots of diamonds!”  In telling the story,  Ernie recalled Kennedy as a “crass American with no appreciation” for the work that was going into the bracelet that he was ordering.  A bracelet requires a great deal of technical skill, more-so than other types of jewellery.  Ernie’s experience with Robert Kennedy impacted his artistic process,  reducing his desire to do sketches for any client because he felt Kennedy devalued the painstaking work that goes into creating those sketches with his dismissive comments, and that other clients felt the same way about viewing, discussing, and appreciating sketches.

Tired of living in an apartment, Ernie moved into a house boat where he set up a work bench.  During his lunch breaks at Harry Winston, he would gather with a group of goldsmiths who worked at various shops in Manhattan.  One day,  Ernie was visiting his friend’s bench on 47th Street, who had a job to prepare a large, rare natural pearl for a client.  A group of goldsmiths had gathered and their discussion revolved around who would drill the pearl and how it would be drilled.  As Ernie listened to them talk, he took the pearl from his friend, picked up the drill and just drilled it.  The group of goldsmiths observed Ernie in stunned silence, his confidence well deserved.  Even a rare natural pearl could not compete with the royal commission that launched his career.

In the the 1970’s,  Ernie immigrated to Toronto, Canada where he lived and worked until he passed away at age 82.  His first employer when he arrived in Canada was then famous Toronto jewellery house: Leek Jensen and Feller. It was there that Ernie introduced the style of fine wire-worked setting he had learned to master creating jewellery at the Winston workshop. This style became very popular in the Canadian market throughout the 1970’s and later became a mainstay in jeweller’s stock under the moniker, “Princess Di’s setting.” The only similarity between the style and Lady Di’s engagement ring was the configuration of the centre stone with diamond surround. Whereas, the manufacturing technique was vintage Winston with Ernie’s improvisation. Years later, Ernie evolved this style of wire work into a larger manufacturing technique which was employed by some of Canada’s largest jewellery production houses.

Ernie viewed each piece of jewellery in a multi-dimensional way,  much like his Spanish cubist mentors.  As an artist goldsmith, he understood how each piece had to be constructed, and how the stone setting must be put together in such a way that permits light, creates beauty,  and facilitates a finished product.  And like art, each piece he created was timeless, with the inspiration of a story to secure its place in the archives of the Greats.

~ Ernie’s bio was compiled from conversations with his colleagues in the industry. He is survived by his wife and three daughters.